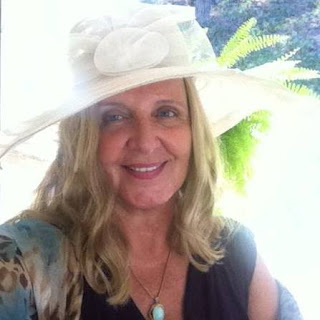 Maja Trochimczyk at Arden, Helena Modjeska Historic Home, 2016
This page contains the biography of current CSPS President, brief history of the organization, and a list of Former Presidents and Treasurers. Please scroll down to find the content you seek.
MAJA TROCHIMCZYK, PRESIDENT (2019-)

Maja Trochimczyk is a Californian poet, scholar, translator, photographer, and non-profit director from Poland. She studied musicology at the University of Warsaw, Poland (M.A. 1986) and sound engineering at the Fryderyk Chopin Academy of Music in Warsaw (M.A. 1987). In 1988 she emigrated to Canada and in 1994 she earned her Ph.D. in musicology from McGill University in Montreal. She held Postdoctoral Fellowships from the Social Sciences and Humanities Research Council of Canada (1994-1996),and the American Council of Learned Societies (2001-2002).

Dr. Trochimczyk is a recipient of PAHA's Creative Arts Prize (2016) for her two poetry books about WWII experience of Polish civilians, including her family under German and Soviet occupation (Slicing the Bread, 2014 and The Rainy Bread: Poems from Exile, 2016). She was also honored with PAHA's Distinguished Service Award (2014), and the 2007 Swastek Prize for her article about Polish folk dance groups in Southern California published in the Polish American Studies. In 2012 she was presented with a medal for the promotion of Polish culture "Zasluzony dla Kultury Polskiej" from the Minister of Cultural Heritage of the Republic of Poland. She also received numerous city and county honors celebrating her years of volunteering for the Polish-American community.
She was nominated Acting President  of the CSPS in February 2019 and elected President in October 2019. She currently also serves as the President of Helena Modjeska Art and Culture Club in Los Angeles. In 2009-2020, she served as the Board Secretary and Communications Director of the Polish American Historical Association. In 2012-2020, she was a member of the Editorial Board of the Ecomusicology Review. Trochimczyk currently  manages blogs for the  CSPS, Moonrise Press, Village Poets, and the Helena Modjeska Club, as well as her personal poetry and music blogs: PoetryLaurels.blogspot.com and ChopinwithCherries.blogspot.com.
Reading poems from "Bright Skies" YouTube: " https://www.youtube.com/watch?v=30QrXhNFO7Q
Interview by Shoutout LA site, June 2022:
https://shoutoutla.com/meet-maja-trochimczyk-poet-music-historian/
Interview by Voyage LA site, October 15, 2021:
http://voyagela.com/interview/inspiring-conversations-with-maja-trochimczyk-of-moonrise-press/
More information with detailed lists: http://poetrylaurels.blogspot.com/p/maja-trochimczyk.html
Personal website: http://trochimczyk.net/main.html
Publishing website: http://www.moonrisepress.com 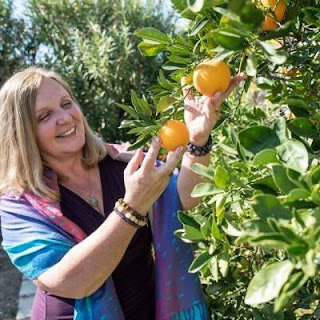 Established in 1971, CSPS is the official state organization representing California to the National Federation of State Poetry Societies (NFSPS). We were incorporated on August 14th, 1985 as a 501(c)(3) organization, so donations above the membership level are tax deductible. Donor and patron support ensure (1) the quality publications of the CSPS continue and (2) our mission to promote poetry and art in California and around the world continues to grow. Information regarding renewal and patron contributions is on the Membership page.

The CSPS began publication of the California Quarterly in the fall of 1972, when Phillip Padellford was the president. There was only one editor, Gordon Curzon of Cal Poly San Luis Obispo, who served in the position throughout the 1970s. There were also representatives for Southern California – Kenneth Atchity of Occidental College – and for Northern California – Howard Lachtman of the University of the Pacific, Stockton. We have published the California Quarterly continually since 1972. Click CSPS History to read more. Submissions can be made to the journal on the CQ Submissions page or by sending an email to our Editorial Chair with your poems attached. The submission information is available to Registered users, so please register for the website first!

The editors select six outstanding poems from the California Quarterly issues published each year as nominees for the Pushcart Prize of the following year. We publish the selected poems on this website under the Pushcart Nominees sub-page of californiastatepoetrysociety.org. Finally, we also conduct an annual contest and twelve monthly contests each year; the information regarding them is on the Contests page of this website. The Monthly Contest Winners and the Annual Contest Winners sub-pages under the Contests page list the winners for the current year and the past year or two. The monthly contest winners and the titles of the winning poems are posted as they are awarded during the year.