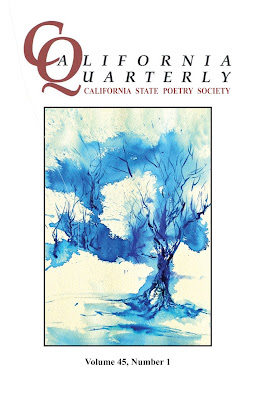 
Poets from many parts of the United States and the world send work to California Quarterly, and so the task of editing became an international experience as I read and edited, sitting here in the southernmost tip of our state. The poets have responded with passion to what they see and feel.

Some poems sing of California life, as does Clara McGill in “Scenes by the Pepper Tree”; others range as far as the Middle East, like L. B. Miller in “Game of Plastic.” Several consider the art of writing as in David Anderson’s “a pantoum to be titled” and Claudia Chapline’s “Here Now.”

Many write about the state of our world and its future, as we see in Sharon Fain’s “What Will You Do” and Joanne Sharp’s “don’t know what you’ve got till it’s gone.” Those of us who live near the border with Mexico feel keenly the situations facing other parts of the world. The entire state of California, along the Pacific Coast, relates to and connects to Asia and beyond in a singular and powerful way.

Two poets included here have chosen action through poetry to express their concern for the larger world. Joe Milosch, in “Great Uncle Tierney,” and Jim Moreno, in “A Lifetime in a Cup of Tea,” are members of the San Diego/Tijuana ReEvolutionary Poets Brigade, a bilingual/binational poetry circle. The Brigade collects food and holds poetry readings at Enclave Caracol in Tijuana; then they donate the collection made to that cafe to “Food Not Bombs, Tijuana,” which feeds the homeless in that city. Along with Tijuana poets, these Californians help counter racism against Mexico.

As poets share their work, we see the power that poetry can exert. I am grateful to play a part in this common experience as we continue our poetic journey together. 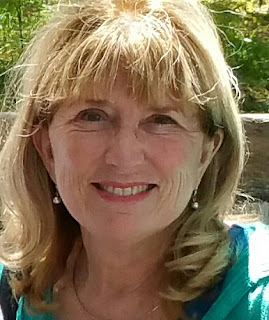 
Maura Harvey is a bilingual poet, author and artist who has lived in California since 1950. She holds a Ph.D. in Latin American Literature from UC Irvine. Her poetry in both Spanish and English has appeared widely. Dr. Harvey is a founder of Taller del mar, a monthly poetry workshop with members from Tijuana and San Diego. She feels very proud to have published a poetry anthology in Barinas, Venezuela, in 1993 and to have been able to meet Venezuelan and Cuban poets personally while travelling in those countries. She has exhibited her art in many venues in California and had a show in Instanbul, Turkey, in 2006. She joined the editorial board of the California Quarterly in 1999, editing many issues and serving for years also as Secretary of the CSPS and as the CSPS Annual Contest Chair. Most recently, she edited the second issue of the CQ for 2017 (Vol. 43, No. 2).

Posted by Maja Trochimczyk at 5:04 PM