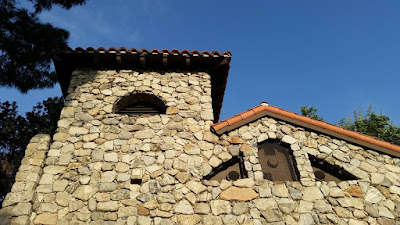 The Board of Directors of the California State Poetry Society is delighted to announce its decision to award Honorary Membership in the Society to Suzanne Lummis, Poet, Teacher, Writer, Editor, Impresario.  The decision was made unanimously during the Board meeting on May 18, 2019 in Yorba Linda.

The presentation of the Honorary Membership Certificate as well as a Featured Poetry Reading by Ms. Lummis will take place on October 27, 2019 at 4:30 pm at Village Poets Monthly Reading at Bolton Hall Museum (10110 Commerce Avenue, Tujunga, CA 91042). There will be some time for open mike readers and refreshments will be served. 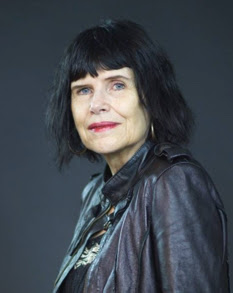 Suzanne Lummis’ poems have appeared in The Hudson Review, Antioch Review, Ploughshares, New Ohio Review, Plume, The American Journal of Poetry and The New Yorker.  Her most recent collection, Open 24 Hours, won the Blue Poetry Prize and was published by Lynx House Press in 2014. Previous full-length collections include In Danger (Roundhouse Press/Heyday Books) and Idiosyncrasies (Illuminati).  Suzanne edited Wide Awake: Poets of Los Angeles and Beyond (Pacific Coast Poetry Series/Beyond Baroque Books), noted in The Los Angeles Times as one of The Ten Best Books of 2015.

She is the recipient of Beyond Baroque’s fifth George Drury Smith Outstanding Achievement in Poetry Award. An influential teacher in Los Angeles, she leads private workshops and has taught for many years through the UCLA Extension Writers’ program where she evolved courses in poetic craft, the persona poem, and the poem noir (“Poetry Goes to the Movies”).  She is 2018/19 COLA fellow, an award from the Cultural Affairs Department to outstanding mid-career artists and poets. It comes with an endowment to create a new body of work.

Lummis is the director of The Los Angeles Poetry Festival, which she founded with poet Sherman Pearl, and through which she produced nine citywide multi-literary events between 1989 and 2011. In the 70s, during CSU Fresno’s now legendary era, Suzanne studied with Philip Levine, Peter Everwine and Charles Hanzlicek, and received an MA in English with a Creative Writing focus. 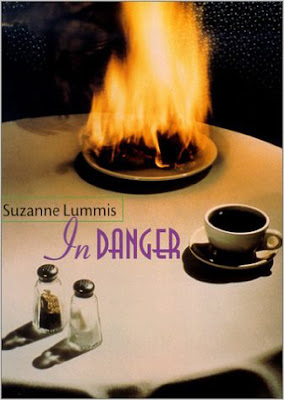 Suzanne Lummis has at various times, on different occasions, been associated with the following schools and poetic sensibilities:

THE FRESNO SCHOOL.  This is the designation for those graduates of a golden era, late 60s and 70s, at CSU Fresno, which gave rise to several of the nation’s most distinctive poets, all of whom studied with Philip Levine. The “Fresno” poets are often characterized by a direct personal voice, a language both lyrical and colloquial, and an image-based fidelity to the tangible world, whether rural or urban. Lummis received her M.A. in English with Creative Writing focus in 1978, before CSU Fresno established its MFA program. She is included in the definitive anthology edited by Christopher Buckley, Jackson Wheeler and David Oliviera, How Much Earth: The Fresno Poets.

STAND-UP POETRY. It aspires to combine the dynamism and bracing irreverence of performance poetry with the skill and attention to detail found in literary poetry. Charles Webb coined the term in the 80s then he and Lummis worked together refining the definition and assembling poems for the initial small press anthology that introduced this sensibility, which they associated with a group of Los Angeles poets. Lummis is cited as a seminal avatar of the style in the one-thousand word entry on Stand-Up Poetry in The Greenwood Encyclopedia of American Poets and Poetry, and in the March/April 2004 Poets & Writers Magazine article on the subject. 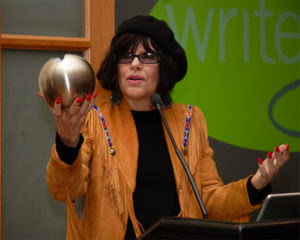 THE POEM NOIR. Lummis’ essay in New Mexico’s Malpais Review, “The Poem Noir — Too Dark to Be Depressed” — describes the defining characteristics of this poetry, whose dark themes, atmosphere, and voice of cool detachment are inspired by the low budget black-and-white crime movies of the 40s and 50s. For the UCLA Extension Writers’ Program she teaches a course she designed, “Poetry Goes to the Movies: The Poem Noir”. She has been an advisor for Philadelphia’s NoirCon. In the fall of 2011, she instigated and produced, through her organization The Los Angeles Poetry Festival, and with valuable support from Beyond Baroque, a citywide, 25-event series, “Night and the City: L.A. Noir in Poetry, Fiction and Film” Her poems are included in the Knopf “Everyman’s Pocket Poets” anthology, Killer Verse: Poems of Murder and Mayhem, edited by Kurt Brown, and in other anthologies of detective fiction and poems noir.

LOS ANGELES POETRY.  Discussions of her poetry and influence on the Los Angeles literary world appear in Bill Mohr’s meticulous history, Holdouts, in the book-length exploration by Lawrence Goldstein—longtime editor of The Michigan Quarterly Review—Poetry Los Angeles: Reading the Essential Poems of the City, and in Jack Foley’s Visions and Affiliations, A California Literary Timeline: Poets and Poetry 1940-2005. She was principal editor of the anthology, Grand Passion: The Poets of Los Angeles and Beyond, which The Los Angeles  Times named one of The 100 Best Books of the Year in 1997. In 2015, She is co-editor of The Pacific Coast Poetry Series/Beyond Baroque Books, and the anthology she edited, Wide Awake: Poets of Los Angeles and Beyond, was named one of the Ten Best Books of 2015 by the Los Angeles Times. 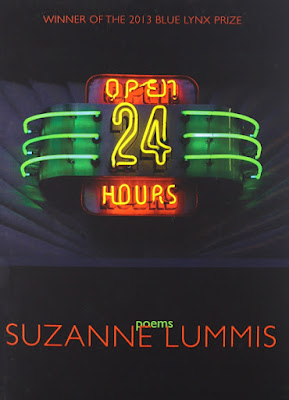 “Open 24 Hours has the intensity and edgy threat found in the best traditions of L.A. Noir. But Suzanne Lummis also has the gifts of a comedic writer: a finely-honed ear for the way people talk, an eye for the often quirky but right-on image, and that balancing act of timing that belongs to the dramatic performer.  Moreover, she’s dead-pan funny…As in all serious comedy, however, the undercurrents of her book have an unsentimental sadness and tht close-to-the-bottom wreckage a city like L.a. seems to draw.”
– Peter Everwine

“Suzanne Lummis’ Open 24 Hours is a glittering, mordant, ravishingly clever book. It bristles with energy and biting wit and is as much about the life of writing as it is about the shifting lives of those who live just on the edge in L.A.”
– Lynn Emanuel 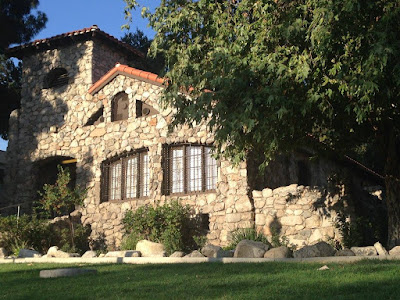 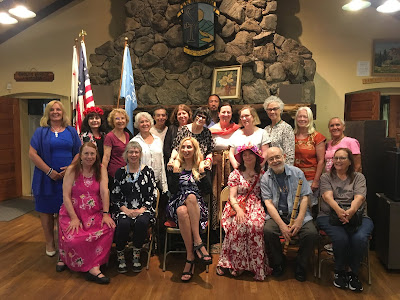 
Posted by Maja Trochimczyk at 5:08 PM