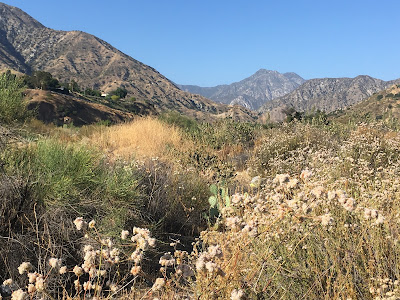 Some say: we live in the times of Armageddon. The Last Battle has begun. Some say: it is a Great Awakening and the New Earth will be born from these pangs of pain after enough people dissolve dense, stagnant pools of ancestral trauma. Some say: we are the ones we have been waiting for. Some say: ACAB. Some say: WW1WGA. Some say: transhumanism. AI technology conquers the Universe. Some say: Shirin-Yoku, Forest Healing… Humans thrive close to the Earth. How do you find your path to truth through this thicket of words? A fortune cookie told me: “Follow your heart. It will never be wrong.” Again: “Let your boundless heart explore.” 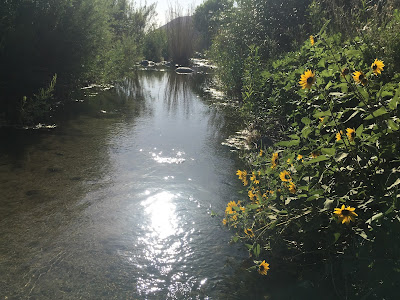 So, I do. This summer, I discovered that I could wade in “my” stream. I share it with the whole community, of course. Someone built low rocky dams across the flow, and the water, surprisingly abundant in July, creates small pools, knee-deep at best, with sand, or gravel, or rocks on the bottom. Green algae and moss are gone, either torn away by rushing stream, or cleared by those anonymous magicians that made this summer gifts for all of us. There is a family with kids splashing and playing with a colorful plastic ball. Cheerful music becomes barely a whisper as I walk to the next mini pool: this one is deeper, with more soft sand on the bottom. Here, a pudgy boy is learning to swim, so I wade downstream along a narrow “trickle” in my old shoes, protecting my skin from cuts. I learned this trick from an ancient Tibetan folktale about a wise princess, who thought that shoes could be thrown out, but wounded feet were hard to mend. 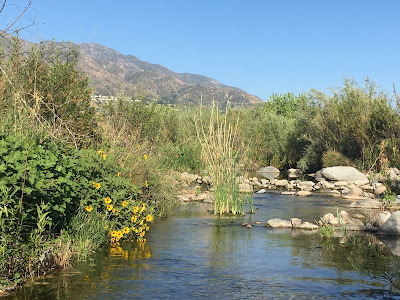 After braving some narrow straits and thicker bushes, I come across the third rocky dam that blocks enough water for a pleasant respite from the summer heat. I see small fish darting this way and that; shifting patterns of sunlight ripples intersect on the sand. Mountain sunflowers, called “black-eyed Susans,” lean over, greeted by mirror images on the gleaming surface of water. Perfection of a moment.

These wild pools will disappear when the stream dries out. It was dry for so long, I stopped going there. Now, it is alive with visitors – five horse-riders go by and three dog walkers. Their happy pets greet me in the stream, splashing in shallow current, with tails wagging. The “owners” of this place are here, too – a rabbit with a white spot of a tail hops away from the trail. A duck family floats by; the watchful mom guards her brood of five, half her size, voraciously devouring green plants on the edge of the stream. 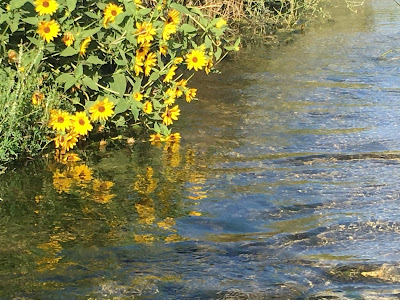 Thus, I found my antidote to the pandemic of fear and hate in a mountain stream in the Los Angeles National Forest, on the outskirts of L.A. You could find it in the waves of the Pacific, refreshing like champagne, covering you with sea foam and scratching your toes with small rocks rolling up and down, with each wave closer to becoming sand. In time, these rocks will become sand. In time, the year 2020 will be remembered by something other than the virus, peaceful protests, riots, and… murder hornets. This year, we celebrate the 500th anniversary of the death of Italian painter Raphael, the 250th anniversaries of the birth of poet William Wordsworth and composer Ludwig van Beethoven. British-French poet Hilaire Belloc and Italian physician and teacher Maria Montessori were both born 150 years ago. Jazz legends Dave Brubeck and Charlie Parker, sitar-virtuoso Ravi Shankar and vagabond poet Charles Bukowski all celebrate their centennials this year. 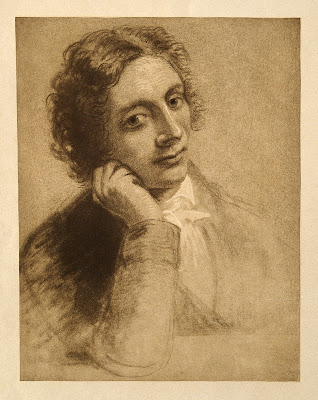 The last volume of poems by John Keats appeared 200 years ago. He was only 25 years old when he died in 1821, leaving masterpieces unfinished. I started writing poetry after I turned 35, in Canada, to perfect my grasp of English (Polish is my native tongue) and bury my émigré sorrows in a deluge of words. These poems are destined to remain unpublished. I started publicly presenting my work when I decided I was no longer a victim…. Embracing victimhood is among the most toxic and deadly vices, widespread among displaced persons and émigrés. 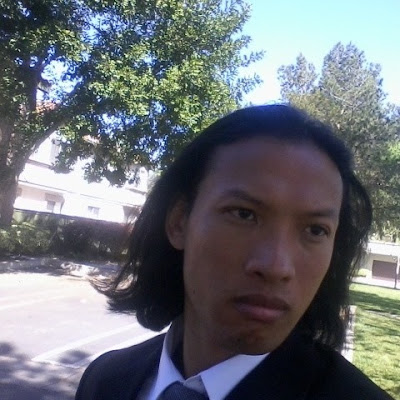 I am pleased to welcome to our Editorial Board another émigré who refuses to be a victim. Bory Thach was born in a refugee camp located on the border between Thailand and Cambodia. His family immigrated to the United States when he was four years old. He served in the U.S. Army and deployed to Iraq in support of Operation Iraqi Freedom. He has an MFA from California State University San Bernardino. Fiction and creative nonfiction fall under the art of storytelling, while poetry for him is more of a study of language, an art form in itself. His work appeared or is forthcoming in: Pacific Review, Urban Ivy, Arteidolia, Sand Canyon Review and We Are Here: Village Poets Anthology. His recently completed book of poetry dialogues with Cindy Rinne, Letters under Rock (2019), has been presented as a quasi-theatrical performance in art galleries and museums in Southern California. Thach joined the Editorial Board in July 2020 and will start his duties from the CQ vol. 47, no. 1.

Our Monthly Contest Judge, Alice Pero, selected the winners of two CSPS Monthly Poetry Contests: Joyce Futa’s “Kumquat Marmalade” was selected as the best poem in the month of June and Jackie Chou’s “Cerulean” was honored in July. The winners receive a small cash prize and their poems, both published in We Are Here: Village Poets Anthology (edited by yours truly and Marlene Hitt). They are also posted on our blog: CaliforniaStatePoetrySociety.com. 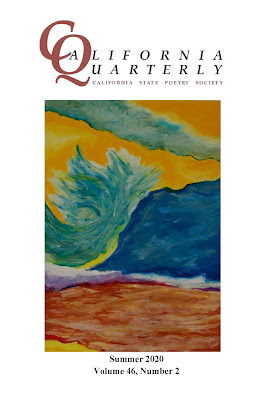 California Quarterly 46:2 (Summer 2020) edited by Maura Harvey received lots of praise. “Congratulations on the selection of poems for the new CQ volume. I’m enjoying the wide variety. Some are lyrical and lovely, others are thought-provoking, revealing (eg. “Hoarder’s Excuse”) or inspirational and a few I found simply puzzling. I like your poem “Message Threads” very much. The imagery is so clear, Cassandra is a strong name, and you take us brilliantly from the everyday, neighborhood sounds she listens to as she embroiders to that powerful ending when she sews in her warning, listening to the sounds of the dying universe. Stunning final lines. I also admire your well-crafted introductory Editor’s Note, as I admire your talent and skills with poetry.” (Mary Willix). “I enjoyed the poems and the playfulness of many.  The one about Hoarding Books. Pearl Karrer's poems are delightful! The sense of movement runs through both - from the granddaughter's ballet to the image of the blackbirds. Congratulations on the issue.” (Nancy Cavers Dougherty).  “Thank you so much for putting together this new collection of poetry. I love it and the cover is beautiful! I especially enjoyed your poem—’Embroidery sharpens her hearing.’” (Mai-Lon Gittelsohn). 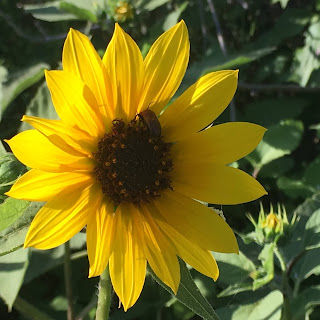 “It is not often that the world shares a simultaneous cataclysm.  This is not, of course, the comet that killed the dinosaurs.  But it seems close. Even when momentous events are happening, there is usually a variety of things going on to attract the attention of poets.  This year the poetry that is being written for this volume, though perhaps not intended as such, provides a marvelous snapshot of different voices caught in the same moment of shock, but each reacting in a unique way.  Some poets, like Joe Milosch, are drawn to a timeless scene, the wait of a ship for a voyage that might not come.  Elizabeth Yahn Williams focuses on recent travel, interrupted when the world was called to a halt, writing about the last few days before we were pulled up short.  Tomas Gayton comes to terms with the frustrations of epidemiology. Deborah P Kolodji beautifully high-lights social strains with just a single flower. And then there is Deborah again, reminding us that behind it all, we are all still children blowing bubbles.” (Robert Thomas Lundy).

CSPS Member News. Maura Harvey’s poem ‘Waiting” was chosen as part of a display of ekphrastic poems by the Creative Happiness Institute and Florida State Poets Association. It will be displayed alongside the artwork which inspired it in an exhibit at the DeLand Museum of Art. Ambika Talwar published a sestina titled “The Silver River Canticle” in the August 2020 issue of Quill & Parchment. She gave a presentation titled Memory: Longing & Nostalgia to the Gaia Storytelling & Media Hub on Aug.12, 2020. Ambika participated in the Silent River Film Festival by composing four poems based on four different films. She also published a sestina titled "Svarna: Envoy to the New World" in Narrow Road Journal. 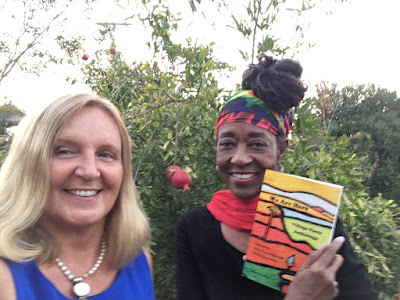 Maja Trochimczyk with Cile Borman and "We Are Here" Anthology

In August 2020, I finished editing We Are Here: Village Poets Anthology (with Marlene Hitt), published to celebrate the 10th anniversary of monthly readings. Many CSPS poets appear in this volume, to mention only Margaret Saine, Ambika Talwar, Pamela Shea, Konrad Wilk and Kath Abela Wilson. I had two poems published in Polish on Pisarze.pl portal, selected to represent Polish-American émigré voices by Anna Maria Mickiewicz and Dorota Blaszak. My poem “Crystal Light of Crystal Mornings” is included in When the Virus Came Calling: COVID19 Strikes America anthology edited by Thelma T. Reyna. “A Breakup Story” appears in Spectrum No. 24 edited by Don Kingfisher Campbell.

Thus, we all find our own ways of being of service to others, of service to the poetry world, and to the world at large that does not yet know the value of poetry in times of trouble. 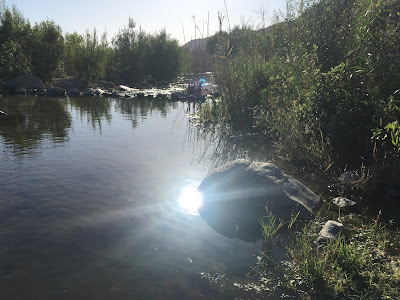 Posted by Maja Trochimczyk at 10:45 PM