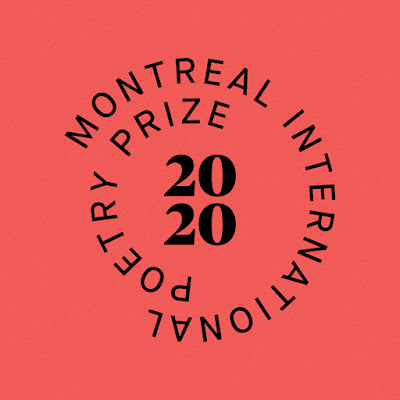 The Montreal International Poetry Prize is committed to encouraging the creation of original works of poetry, to building international readership, and to exploring the world’s Englishes.
The Montreal International Poetry Prize awards one prize of $20,000 CAD to one poet for a single poem of 40 or fewer lines. A jury of internationally reputed poets and critics select a shortlist of 50 poems, from which a judge chooses one winning poem. The shortlist of 50 poems is published in The Global Poetry Anthology. The prize is run by the Department of English at McGill University in Montreal, Canada.

Note on the 2020 competition: The usual deadline of 15 May has been extended to 1 June 2020 in response to COVID-19. Submit your poems and pay fees on the website: https://www.montrealpoetryprize.com/

The Montreal International Poetry Prize was founded and incorporated as a not-for-profit organization in 2010 by the poet and critic Asa Boxer, with the help of Peter Abramowicz and Len Epp. It sponsors a crowd-funded biennial competition, awarding one prize of $20,000 to one poet for a single poem. The Prize has been awarded four times since 2011.

The Montreal International Poetry Prize has become a truly global competition, supported by its international jury of award-winning poets from North America, the Caribbean, the UK, Ireland, Australia, New Zealand, India, Nigeria, and Uganda, and with participants from more than 70 countries. The management of the Prize has recently been transferred to the Department of English at McGill University.

An exceptional history distinguishes Montreal as a centre of poetry. Some of the first anthologies of Canadian poetry were produced in Montreal, including E.H. Dewart’s Selections from Canadian Poets (1864) and W.D. Lighthall’s Songs of the Great Dominion (1889). At the beginning of the twentieth century, Sir Andrew Macphail of McGill University played a key role in the careers of a number of poets, foremost among them Marjorie Pickthall, through his editing of the University Magazine (1907–20) from his home on Peel Street. An important new phase began in the late 1920s with the Montreal Group, a circle of poets including A.J.M. Smith, A.M. Klein, and F.R. Scott. They and their followers helped to inspire the development of modernist poetry in Canada through the McGill Fortnightly Review in the 1920s, the 1936 anthology New Provinces, and the 1940s magazines, Preview, First Statement, and Northern Review.

McGill’s Department of English has enjoyed a long, sustained tradition of work in poetry, through the expertise of many faculty members over time. In the 1950s, Louis Dudek established himself as one of Canada’s leading poets and critics. He mentored Leonard Cohen and exerted an influential presence in the department until the 1970s, both in the classroom and beyond, through publications such as Scrivener Creative Review. The Faculty of Arts now boasts a robust faculty complement in poetry, reflective of the department’s commitment over time to cultivating creative work in and critical work responsive to poetry.

Posted by Maja Trochimczyk at 9:54 PM